Encouraging news in the global campaign to end ageism 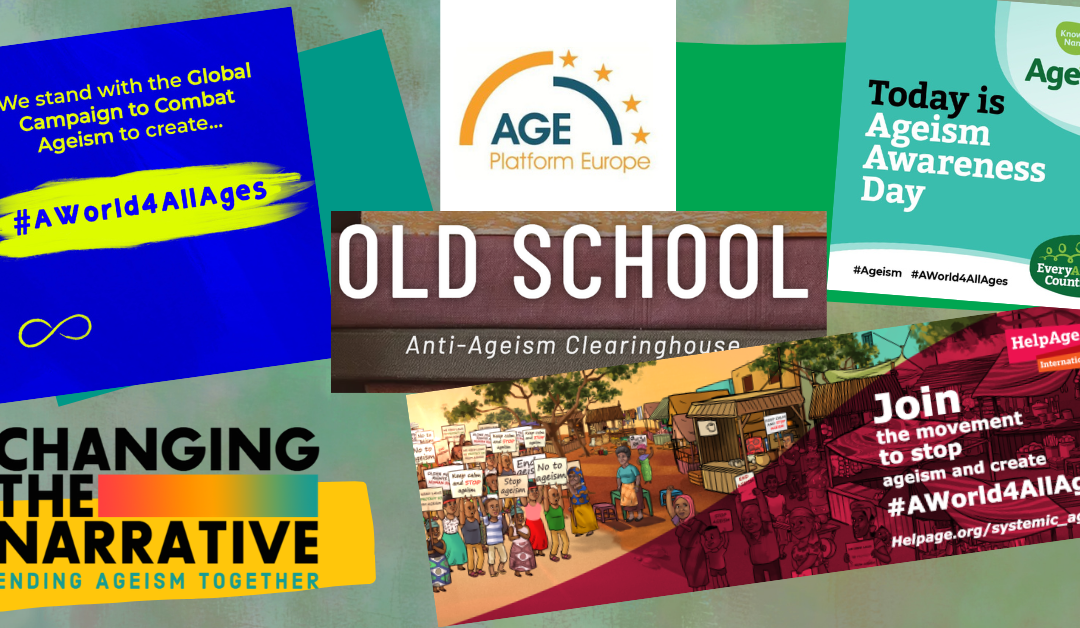 Since our inception in 2018, Changing the Narrative’s tagline, reflecting our end game, has been: Ending Ageism Together.

Why are we optimistic right now that there is progress in the global campaign to end ageism?

October 1 marked the United Nations International Day of Older Persons. Across the globe, there was positive movement and concrete action toward ending ageism together.

The United Nations and the World Health Organization launched an Ageism Through the Ages campaign from October 1 through November 20 (World Children’s Day). Ashton Applewhite, the dean of anti-ageism and the creator of Old School (the anti-ageism clearinghouse), best described the intent of the campaign in her blog: “It’s a fantastic campaign designed to expose the effects of ageism on everyone, starting with olders and ending with the way it harms kids and young people.”

Here are just a few things that happened last week as part of this global campaign to end ageism: 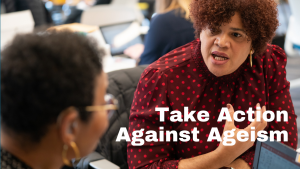 At Changing the Narrative, we launched our Ageism Activism Center, a place that anyone can go to find simple things we can to help to end ageism in our communities and policy, from writing letters to the editor, talking to policymakers, contributing to the social media conversation, sending anti-ageist birthday cards and more. And once a week, on our Ending Ageism Together Facebook page as well as on our social media, we’ll be posting calls to action.

And another positive sign that all of this activity is starting to make a difference in ending ageism together?

In Connecticut on Friday, a law that prohibits employers from asking age-identifying information like high school graduation dates on job applications went into effect. This is important because while it’s illegal to ask someone their age, it’s not illegal to ask someone their high school graduation date. We’re working on similar legislation in Colorado, as well as encouraging other states in the U.S. to take a look at it as well.

We know that we have a long way to go. And we are optimistic right now about the number of people and organizations across the worlds who are embracing the global campaign to end ageism. The overarching theme of all these efforts? We’re not just talking about ageism; people across the world taking action toward the goal of ending ageism together.

Gloria Steinem famously said: “The future depends entirely on what each of us does every day; a movement is only people moving.”

Last Friday, many people and organizations took both big and small steps toward ending ageism together. There are lots of ways to get involved—if you’re interested in joining the movement, let us know here, and we’ll be in touch. And check out the Old School Clearinghouse, full of resources from campaigns to research about ending ageism together.

Janine Vanderburg is director of Changing the Narrative, a U.S.-based campaign to change the way that people think, talk and act about aging and ageism.