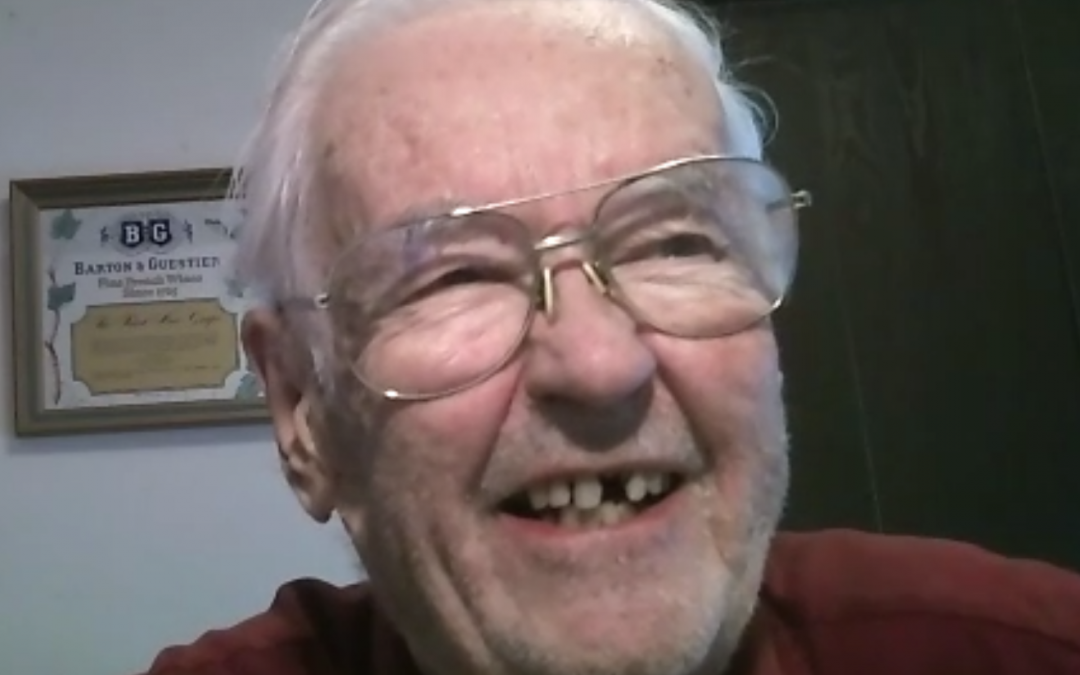 George Maxey has lived a long time. Like anyone who has reached 84 years of life, he has experienced many changes. But some things stay the same. George’s quest for understanding runs throughout his life.

When he was young, George attended a one-room schoolhouse. He remembers pulling a book from a shelf when he was maybe five years old. “It had a picture of a human without skin. I showed the teacher the book and asked why the person didn’t have skin. It was my first attempt to learn about the world around me.” He hasn’t stopped since.

He says his skill is seeing beyond the surface. In his professional and personal life, he’s always asking, “Where’s this going to be in one year, five years, ten years?”. He digs into information and he spent his life developing his ability to get to the bottom.

Experience is the best teacher

George learned an important lesson early in life, which he describes as the difference between being a boss and a leader. At 17, he joined the Civil Air Patrol. During basic training, it was discovered that they’d placed people in barracks incorrectly and his didn’t have a squad leader. The officers asked who thought they could get people to march up and down the street.

George jokes that he did the “wrong” thing and volunteered. He got his group to march together and he was made squad leader. He told his squad that “we can’t get out of this and we are going to do nine weeks together. My job is to find out what they (the officers in charge) need and find us the easiest jobs.” At the end of training, the cadets traditionally threw squad leaders and their belongings into the shower, but George’s cadets turned it down because “our squad leader took care of us”. A boss tells people what to do, but a leader takes care of people and trains them to take care of themselves.

The Civil Air Patrol gave George a degree of military training and developed his mentoring skills. This stood him in good stead when at 21 he went into Army basic training.

After his service, George spent much of his adult life in retail, managing stores, and also working as a traveling salesman. Another of his life lessons comes from what he learned in business. He saw his role as a manager as being a mentor. His goal was to get people to start doing things that needed to be done, so they could reach a point where he didn’t need to be there anymore.

As a salesman, he learned to read people and then motivate them. “A salesman does not sell. A good salesman solves problems and provides the resources to solve those problems – ideas and products.”

George notes that all this experience adds up over time. Retirement hasn’t slowed him down much and now he applies his curiosity and leadership skills to figuring out how older adults can get what they need. To this end, George counts at least 17 different organizations that he is involved in.

The list is extensive. George is a past chair and member of the Adams County Aging Network. He also sits on the Community Services Block Grand Advisory Council of Adams County and Commerce City Senior Commission. He attends meetings of Senior Hub, the VOA, the Colorado Gerontological Society, DRCOG, Colorado Senior Lobby, SAPGA, DRMAC and AARP, among others. George also advises and participates at the Commerce City Senior Center.

George is doing what he can to understand the problems that face older adults and promote solutions. Where many people might just complain, he gets involved. He has chaired boards and run events. A few years ago, he spoke at a event in support of the Senior Homestead Exemption, representing the Commerce City Commission on Aging, helping others understand its impact and importance.

George is ready to keep taking on challenges. He sees a real need for voices like his to be part of the conversation about how to support older adults in the community. Experience speaks volumes.

Plus, there is so much to learn and do. George says that we all keep changing and growing, all the way to the end, if we are open to it.

“I didn’t find myself until I was 55. I’m in a state of becoming and will be until I die. And this is where everyone is. Evolving. Everything is evolving and we have no clue where we are going. What we knew before changes and we know new things all the time.”

It’s clear the he doesn’t buy into the idea being too old to make a difference. It’s also clear that George Maxey will continue pushing to solve problems we all face, leading by example.

Read more about other older adults who are leading by example.