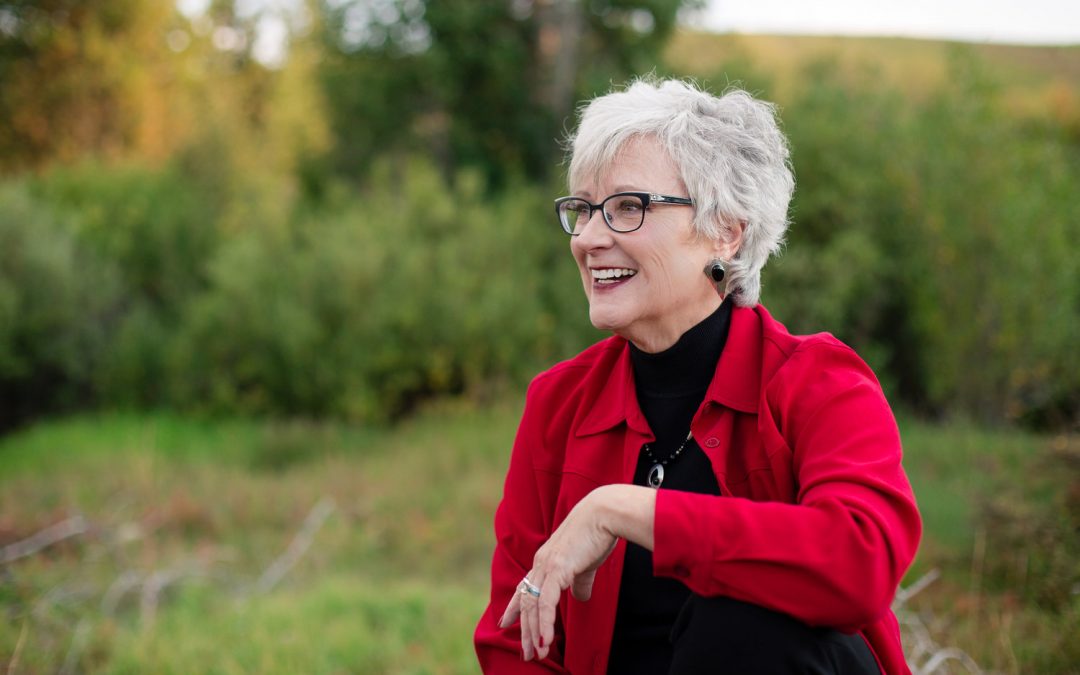 We’ve all experienced how life takes unexpected turns. Work, relationships, health – all kinds of things can change without warning. However, the unexpected opportunities can add up to something bigger. Trish Laub can attest to this. “It’s spooky,” she says about how seemingly unconnected and unplanned experiences all came together to create where she is now.

For many years she worked in the corporate world, a project manager working with the latest, “bleeding edge” technology. She had been one of only two women studying systems design in her college program. She loved playing with latest tech and solving problems with creative systems.

Doing what needs to be done

Life took a turn when she became a single parent. Listening to Trish Laub tell her story, it is clear that she does not waste time. She worked four jobs at one point to make ends meet. When her daughter started dancing, Trish took a job cleaning a dance studio in trade for dance classes.

Eventually, Trish was managing the studio. Then she co-founded a dance education company with the studio owner. They’d seen a gaping need. Dancers train to dance, but not how to manage the other aspects of being a professional artist. They created the organization to help dancers learn what they needed to know to become professionals.

Trish’s business partner started writing a book about “triple threats”, people who can sing, dance and act. She asked Trish to write the part about dance. Initially, Trish’s reaction was that she wasn’t an author; she didn’t know how to write a book. But then, it needed to be done, so she wrote two books of a trilogy.

Trish saw a need, solved it for herself and her daughter, and then shared the solution with the world. This is a pattern for Trish. She encounters a problem and figures it out. And, then, most importantly for the rest of us, she shares the system.

Rising to the next challenge

When Trish later moved to Denver, her dad had already been living with Alzheimers for about ten years. He had been doing well. Trish’s mom took care of her dad, with help from Trish’s sister. Just two days after Trish arrived, her dad needed a medical procedure. Unfortunately, because of the medication he was given and his disease, everything was thrown off. It took 63 days of 24/7 care to get him balanced again.

Trish was the “fresh blood” in town, so she dove into care along with her family. Six months later her mother was thrown into medical crisis and needed care too. “What we had to do was so absurd. I felt like I was put in a lab to figure out how to do this.” Ultimately, there were nine people on the caregiving schedule between professionals and family. Trish is proud that they were able to provide as normal a life as possible for her parents in their remaining years.

“I don’t recommend to people what we did,” she says, describing how they had to find their way on their own. “It was a hard way.” They were lucky to have the right combination of skills and attitude. Her sister has a gift for research and Trish has a gift for systems. Together they put together a successful system to give their parents their best life together.

Once Trish and her family began to get a handle on all this, she started getting cold calls from other caregivers. Even people with backgrounds in management wanted to know how they’d done it. At a minimum, people wanted her to write it down. After she had lost both parents, Trish spent three years trying to talk herself out of going down this path, but in the end, she couldn’t turn away. As a result, at age 62, she started her consulting business, Comfort in Their Journey, to help people caring for those living with Alzheimers.

It’s a matter of perspective 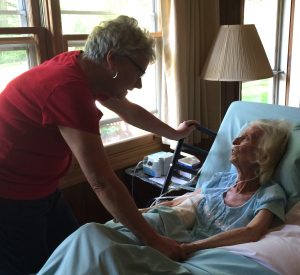 Trish’s purpose found her and she didn’t turn away. She credits her parents for her approach. They “never put her in a little box” and raised her to believe she could do whatever she put her mind to. “Problem-solving is the key to the world”, she says. “Don’t be inside the box and you don’t have to think outside it. When systems are well designed, you can do things.”

Trish has written three guides about living with Alzheimers and providing dignified care through the end of life. She hates the stigma of Alzheimers. She felt like she was not just a guardian of her father, but also of his identity. Trish describes her dad’s life with Alzheimers as “different, not less.”

In her first book, she takes on the myths. For instance, is it treatable? That depends on how you think about what “treatable” means. “Don’t think about the disease or the word, but how to make life good based on what is there. We had to hit the road running and didn’t worry about what to call it or how to feel about it. Too many people buy into the trauma instead of thinking about it in terms of what can you do”.

Trish currently offers consulting, speaking and guidance to others starting down the same path. This company is where she needs to be, she says. She has reinvented her career every 15 years or so, but this one is her baby and there is so much more to do.

When asked her advice to others, she says not to think about age. It isn’t relevant. Her parents were great examples. They never stopped living. Trish’s mom ordered new clothes right up to a few days before she died. “You are old when you think you are. My parents’ bodies got old, not their minds. 90% of it is perspective.”

We could all use more of this perspective on age.

Read more about other older adults who are leading by example.