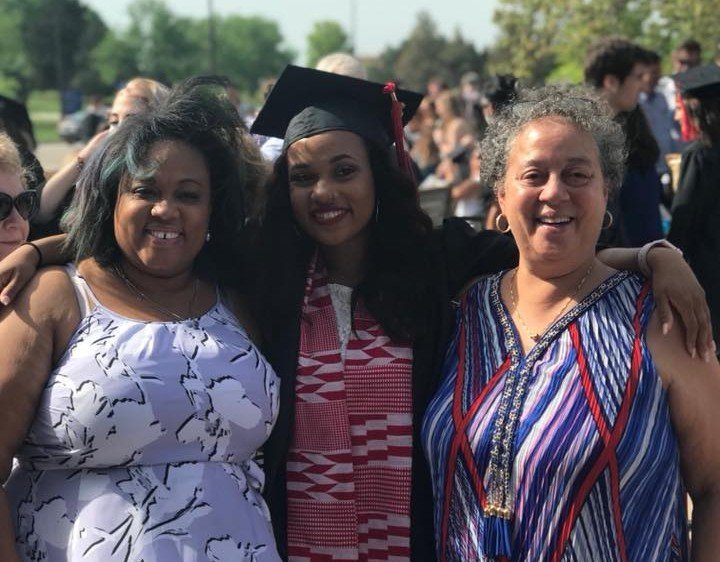 Denver native Tamara Rhone says she was “predestined” to be a teacher. More of a calling than a career choice for her, she shared knowledge and mentored youth over 43 years, until retiring from Denver Public Schools in 2009. Yet even in retirement, she can’t stay out of the classroom and continues to teach a couple of concurrent enrollment classes each semester. 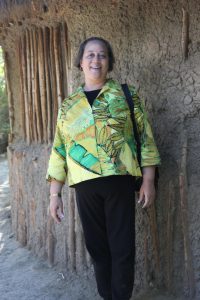 Rhone comes by her passion for teaching naturally. “My great-grandfather was an enslaved mulatto man in this country,” she says. “He got the unusual privilege of being sent to school, was college-educated, and went on to become an AME minister as well as a teacher. He had nine children, seven of whom made it into adulthood, and three of those seven who went on to teach as well.”

Small life experiences can often have huge impacts on our chosen pathways; this was the case for Rhone. “When I was in high school I was a part of a community service program where I was assigned the task of working with a young boy who I was told was ‘difficult.’” Rhone says. “Oh, but when I met him, I didn’t find him difficult at all. I thought he was sweet. I would see him regularly and read books with him, and by the time I had finished the program, I had taught him how to read himself. The other program leaders and participants couldn’t believe it,” Rhone remembers.

After obtaining her college degree from Colorado State University in 1976, Tamara began her career as a math and social studies teacher at Loyola Elementary School. She went to Denver’s East High School in 1977, where she has influenced generations of students. During her tenure there, she went beyond teaching during school hours, often staying after-hours to continue fueling her passion for impacting change in students’ lives.
Rhone created Honors African American History curriculum, which is used by the entire Denver school district. She also created school curriculum and helped build a library for students of Haiti through the Global Outreach Ministry of her church, Cure D’Ars.

Of her many projects, the one nearest to Rhone’s heart is the service trip to Ghana, Africa, for students. “I would always hear on the [East High School] intercom information about trips to France, trips to Spain, trips all around the world but never to a country on my continent,” she says. That is why in 2004, she organized the first trip to the African country for 10 students with the support of Regis University. On this first excursion, she was honored to be enstooled as a Queen Mother in the village of Aburansa. She has continued these service trips, gaining more and more support enabling her to bring additional students each year. The service trip was planned for 45 students this past March but was unfortunately canceled due to COVID-19.

Advocating in and out of the classroom

Tamara Rhone has also been a strong advocate for youth social and civic engagement out of the classroom. A lifetime member of Jack & Jill of America—Denver Chapter Associates, she has spent years volunteering for the mothers’ organization, which nurtures and encourages African American children and youth to become leaders. As a youth of 18 years old, she, herself, was influenced by the passing of the 26th Amendment, allowing 18-year-olds to vote. That historic shift, along with meeting Shirley Chisolm and Jessie Jackson, among other political representatives, afforded her an understanding of the importance of voting. She continues to encourage everyone, especially youth, to register as soon as they are eligible and, more importantly, to vote!

Family is another central element in Rhone’s life. “My family is close,” she says. “Growing up, and even now, it feels like cousins are just siblings. Everyone in the family offers something great—a variety of support from phone calls to technological support from the younger ones to wisdom from my elders.” Rhone is blessed to have her mother, Barbara Dwight, and stepfather, legendary sculptor Ed Dwight, in her life. Her father, Robert Rhone, died at the age of 35 from a blood clot. He was a sitting member of the Colorado General Assembly at the time.

In recent years, Tamara Rhone has shared her passion for education and history with her daughter, Amber. “My daughter and I write a lot of curriculum together, and I use her as a guest teacher, having her come into classes.”

Elders are a gift to the community

The world can be cruel sometimes, and as the current pandemic continues, it has sparked negative attitudes about aging in America. One of the most significant quotes Rhone internalized is an African proverb, “When an elder dies, a library burns.” She is proud of all the knowledge and wisdom she has gained from the ones who came before her and encourages others not to take for granted the elders who are in their lives right now. For anyone looking to following in her footsteps, Rhone would like to say, “You are never too old to learn, and you are never too old to teach.”

Read more about other older adults who are indispensable.