The value of experience and connection 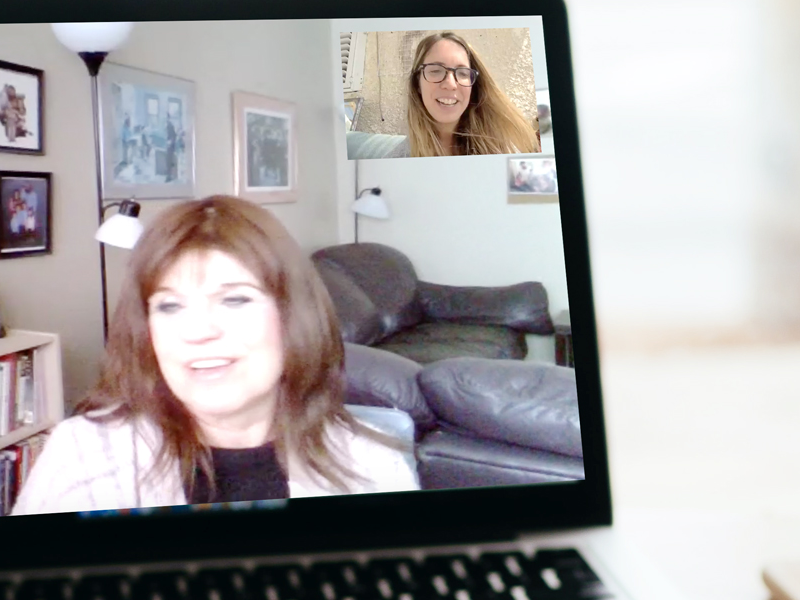 It’s a cliché that information is everywhere now. However, that can make it even harder to find the best resources. How do you know what is good? This is where the value of experience comes in.

Remember the neighbor down the street who showed you how to fix your lawn mower when you were struggling in the driveway one morning? What about the woman down the street who used to run a newspaper? Ever called your parents because you needed help with a household project?

There are people like that everywhere, people who know how to do things because they’ve done them many times. It isn’t just knowledge, but the ability to adapt and explain. It is the passion and enthusiasm that comes from years of experience. The trick is finding these people when you need them.

About a year ago, Esther Hershcovich got an idea. She missed her parents and wanted to give back to them. She’s an ex-pat in Israel, but her parents are back in Canada. She values how talented her parents are and how good at explaining things. She put those things together and realized that she wanted to find a way to connect the people who love to help with those who need them.

Esther created SAGE, an online platform to connect people with experts from the 60+ age group . “My parents have such a huge amount of expertise and so do their friends. These are lost resources to the rest of us.” She calls her parents for advice and realized that lots of people can benefit from this, on both sides of the exchange.

As Esther’s idea began to form, another issue became clear. As we live longer, we need income for longer than we thought. Pensions and other benefits may not be enough. Esther’s idea was modeled after the gig economy, but for older adults, based on things they “could do in their sleep.”

The original idea was for SAGE to help you find someone nearby who is offering what you need. People could tap into their own neighborhood. In addition to connecting people to what they need, the idea was to build in-person ties within the community.

However, the COVID-19 pandemic pushed the project in a different direction. When the pandemic began, Esther thought it might be the end of her idea to connect people in real life. Then she realized that SAGE could serve a purpose right now. She read that older adults were some of most isolated people. People still needed help from those with experience and we all needed new ways to find connection.

Esther had been using her contacts to spread the project internationally to get SAGE working in many communities. Now, it connects people across communities with online classes. SAGE launched online classes in April. For now, classes are offered as 20 minute “coffee breaks” at no cost during the COVID-19 crisis. SAGE is connecting experienced, passionate older adults to learners all over the world.

Proving the case for experience

SAGE is quickly proving the case for the value of experience. As word spreads, people want to be involved. Esther has been contacted by people who do not even know what they want to teach, just that they want to be involved. Fortunately, according to Esther, “Everyone has something to teach. So many of the people I’ve met have done incredible things: written books, run businesses, traveled the world, become entrepreneurs . . .” 30 people signed up to be sages in the first couple weeks.

A class taught by someone who wants to share, who loves what they do and really knows it, is much more effective and meaningful. Classes are filling up and getting high reviews from both learners and sages. During one of the very first classes, the student didn’t log in until the last few minutes of the class. The person teaching the class stayed online for extra time and then offered to look at the document off line, if the student wanted further help. Despite the late start, the student rated the class a 5 out of 5. SAGE is engaging people who have more than just knowledge; they have the empathy and wisdom that comes with life experience.

SAGE is helping move the conversation forward about the value of older adults to communities and right now, it couldn’t be more needed.

Read more about the value of experienced adults and rethinking careers.