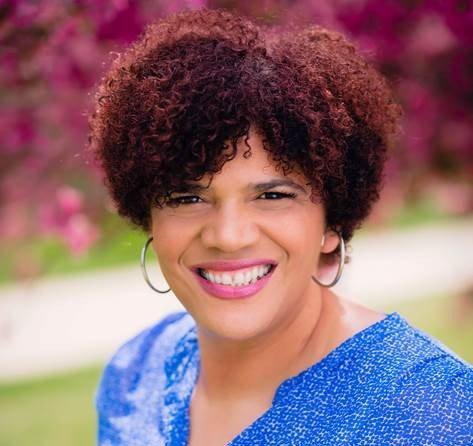 Editor’s note: Aging is not a uniform experience. We’ve mentioned before how widely our abilities and experiences differ. There can be one 65-year-old running a company, another caregiving, and yet another facing a health crisis and big lifestyle changes. We cannot accurately make assumptions about how aging impacts any single individual.

But there are many other things that make aging a very non-uniform experience, including other ways that we stereotype others. Prejudices about race, gender, religion and other personal characteristics shape aging differently, just as they shape our entire lives.

Stephanie Knight, one of our original Change AGEnts and a Reframing Aging Peer Facilitator for Changing the Narrative offers a perspective on “aging while black” and it might not be quite what you expected.

Many aspects of aging can be very difficult: changes in appearance, discrimination in hiring and lost work place opportunities, physical limitations, and reduced social interaction. However, there are some individuals who experience HIGH growth in interpersonal relationships and connections as they age. Enter Michael Knight.

Michael Knight is my spouse, and partner of twenty-eight years. He is a striking African American male who stands 6 feet 3 inches tall with impeccable style, a killer smile, grey hair, and good muscle tone. As Michael has aged, now a ripe fifty-year-old, he has attained success in the IT field and garnered a very respectable professional reputation. In addition to a strong career, he NOW enjoys a great variety of social invites from friends and peers. Activities include long-boarding downtown, camping in the Colorado mountains, happy hours at local bars, Dave and Busters game nights, and a routine Tuesday movie night featuring all the Marvel blockbusters and more. This robust social life is fulfilling, exciting and diverse, as it involves different male comrades of varied interests, but with one common denominator: ALL are WHITE males.

On a recent evening after a beautiful meal in DTC, we discussed Michael’s eventful social life, as we were making our own plans. In addition to my remarks about his full social calendar, I asked,” Why do you think you have so many more activities with white male peers than you’ve ever had?”. In keeping with the tone of an IT guy, his answer was thoughtful, comprehensive and rooted in quantitative observations.

Michael shared that in his 20s, 30s and early 40s (before the grey hair really went full sprout), he was perceived as a threat. He went on to say that many of his white male counterparts made comments that mirrored media stereotypes about black males and assumptions of the aggressive black male. He recounts that many comments he heard and invites he didn’t get were based on perceptions of a towering, athletic male, who might lodge a physical attack at will or use aggressive language in a public setting.

As his grey hair became more pronounced and his athletic physique softened, he had become more acceptable, friendly, approachable. He became an overall “cool guy” and thus worthy of a plethora of social invites with white male acquaintances. In addition to social invites, he now enjoys stock tips in the athletic club locker room and is asked to comment on the politics of the day at bars, or is asked, at random where he bought his camo bomber jacket.

Michael joked that he has always been that tall, geeky, stylish, analytical, comical computer nerd, but now he has approachable packaging. Aging while black has brought quality white male friendships and increased social encounters that were lacking at earlier in his life. He embraces his new-found relationships with white males and sees even more social exchanges as his hair goes from grey to sparse!