Fighting ageism starts with a conversation 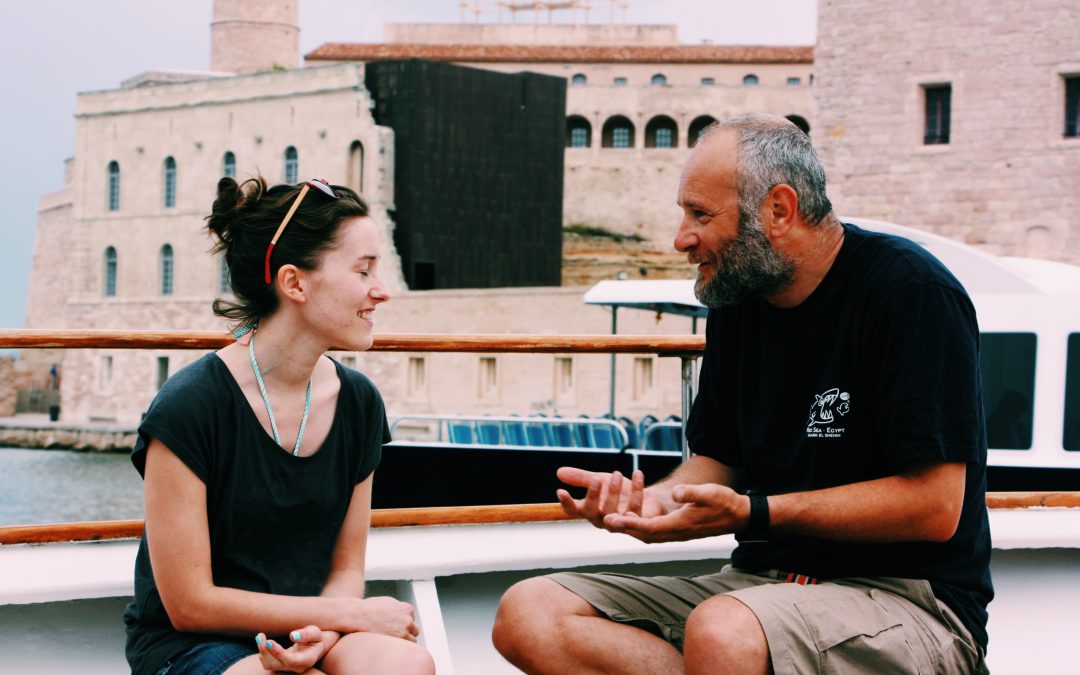 Many sides to a story

A narrative is one view on something that has happened. Here is a story:

A woman is shuttling three children down the sidewalk, the children dressed for school. They look like they could be siblings with their mother. It is early morning and they appear to be in a rush. They pass a door opening into a post office. An older woman is coming out, struggling with a package. The mother sighs with a bit of frustration, but slows her pace and holds the door for the woman. Once they pass the post office, one of the children asks her mom why she held the door. After all, they are late. The mother responds that the woman is old and that old people can’t handle as much as we can.

Let’s back up and replay the story from another perspective. A woman goes to her local post office. She is using a cane and her graying hair suggests that she is older. She goes to the counter to pick up her package. It’s a new set of weights that she is using as part of her physical therapy, after a taking a spill on her bike. The woman is a member of a local bike club and is determined to get back to it as soon as she can. She heads to the automatic door, which apparently isn’t working. The older woman pushes on it, while maneuvering with her cane and box of weights. The door is not cooperating. Fortunately, a woman passing by grabs the door for her. The woman with the package is grateful for the help and makes her way in the other direction.

Did the mother mean to be ageist? The mother made assumptions based on appearance and then passed them on to her children. She probably meant to show that it is important to help others, but she also equated being old to needing help. The older woman did need help, but in this case, it had no relation to being old. Everyone needs some kind of help sometimes.

How would the story change if these two women knew each other? What if they had a conversation over coffee, sharing how things were going? Fighting ageism start with a conversation.

Telling each other our stories

We are constantly telling ourselves stories. It is how we navigate through the world and make choices. We also make assumptions about people. To some extent, this is a necessary shorthand. If we had to investigate each situation, we could not make our way through our days. The person in uniform at the front of the bus is a bus driver. We see the uniform and do not quiz them on their experience and skill before we sit down.

However, our assumptions can also be limiting. Even though we have to make the assumption that the driver is qualified, we hopefully still treat the bus driver like a human and say hello.

The antidote to our sometimes over-quick assumptions is knowing the other side of the story. The stories in our head become different when we share them. We see complexities and commonalities. We hear other people’s stories and that perspective becomes part of the story that we know.

Need a place to start? Join our current campaign to fight ageism through intergenerational conversations. You can also read our blog and see here for even more ways to change the narrative about aging.